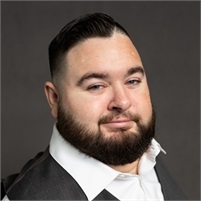 Michael Smith is a Financial Advisor committed to educating clients to help them make the best decisions about their financial well-being. His aim is to simplify and clarify clients’ financial lives.

Texas born and raised, Michael played multiple sports like football while lettering in cross-country. While attending Boswell high school a terrible accident happened. Michael was left a quadriplegic after a car accident that has changed his life forever. Although it seemed all odds were against him, Michael continued to persevere with his new lifestyle. He did so by graduating high school one year early and becoming an early enrollee at the University of Texas at Arlington where he earned his BA in Finance.

Michael is an active member of his community, serving as an Ambassador and a member of the local Chamber of Commerce as well as a mentor to young kids who've suffered immense loss due to a recent spinal cord injury at local hospitals.